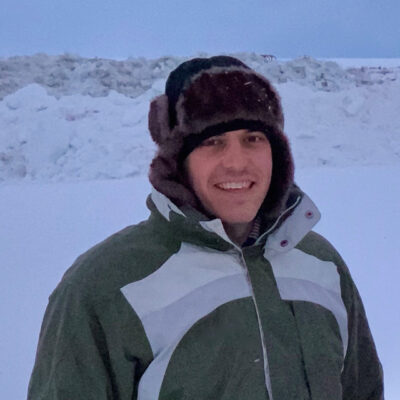 “The potential for major disturbance events influences many decisions about fire management in Acadia, but evidence for the role of fire in forest dynamics, structure, and succession in deep time has never been evaluated until now.” Rebecca Cole-Will, National Park Service

Fire is an important component of many ecosystems. Historically, Wabanaki people used fire to create productive environments for hunting, gathering, and cultivation. Fire can also be a threat to ecosystems, cultural landscapes, and nearby communities. In the nineteenth century, logging and other activities by European settlers led to numerous destructive wildfires across Mount Desert Island. These fires motivated people to call for protection of the forests, partly inspiring creation of Acadia National Park.

The risk of fire remained, however, especially during dry years. The Fire of 1947 burned more than 14,000 acres across the northeastern part of Acadia National Park, and the forests in the area are still recovering and transitioning 75 years later. The future frequency and severity of fire, given warming temperatures and the possibility of more frequent seasonal droughts, is uncertain.

“The best way to understand how wildfire regimes will respond to changing climatic conditions in the future requires knowledge of how they have responded to climate changes in the past,” said Richard Vachula, an Assistant Professor at Auburn University.

An assessment of fire history in Acadia National Park was conducted forty years ago. Since that time, advances in our understanding of charcoal particles and their nuances as fire recorders have allowed for more detailed reconstructions of fire and climate history. Charcoal particles released into the air by fires settle onto the landscape and into lakes, where they are preserved in the layers of sediment that accumulate over time. Vachula has used lake sediments to understand fire-climate relationships in Bering Land Bridge National Preserve, Yosemite National Park, and Lake Lading in Indonesia.

In Acadia, Vachula plans to core the bottom of Sargent Mountain Pond and measure the charcoal particles preserved within its layers to reconstruct wildfire history over the last 16,000 years. He will also analyze how wildfire responded to past climate changes to inform assessments of current and future wildfire activity in the park.

“The potential for major disturbance events influences many decisions about fire management in Acadia, but evidence for the role of fire in forest dynamics, structure, and succession in deep time has never been evaluated until now,” said Acadia National Park Resource Manager Rebecca Cole-Will.

Past research at Sargent Mountain Pond has expanded knowledge of the history of Acadia. This new research, which will provide a very long historical record, will add information about past climate and fire history to contribute to future trajectories of change that are needed by park managers.