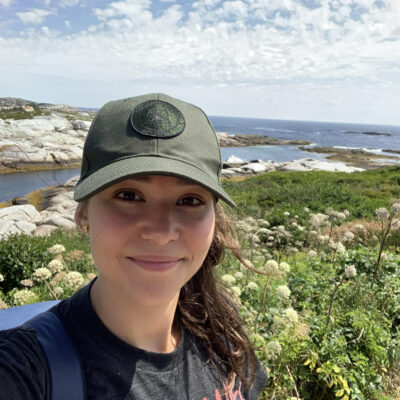 "This study will create a model for studying how other critical species are responding to climate change by incorporating historical records, current population assessments, observations of disease spread, genetics, and other techniques." - Abe Miller-Rushing, Science Coordinator, Acadia National Park

The North Atlantic intertidal zone supports important economic and cultural activity, including commercial fishing and sustenance gathering of animals, plants, and seaweed. In Acadia National Park, some 40 miles of rocky shoreline are also among the most frequently visited areas of the park. Effective stewardship of the intertidal zone relies on understanding both the distribution and the abundance of species, and how they are changing in response to warming temperatures, changing ocean chemistry, and rising sea levels.

Asterias rubens and Asterias forbesi are closely related species of sea stars that live along the coast of northeastern North America. Sea stars are often keystone species in intertidal communities, controlling populations of prey such as mussels. Their populations tend to rise and fall, and they are forming hybrids in the part of their range where they overlap, a zone that seems to be shifting over time in response to ocean warming. Also, Asterias sea stars recently have been affected by an outbreak of Sea Star Wasting Disease. Known for devastating sea stars on the Pacific Coast, the disease has been detected in sea stars south of Massachusetts, but its extent and impact on Atlantic coast rocky intertidal ecosystems north of Massachusetts are still undetermined.

Giakoumis aims to estimate and predict the current and future distributions of sea stars and their associated hybrid zone, using computer models and observational data of sea star presence. Genetic analysis of previously collected sea stars will help explain their adaptations to local environmental conditions, including the frequency and locations of hybridization.

“This study will give insights into how sea stars are adapting to changing conditions,” said Abe Miller-Rushing, Science Coordinator for Acadia National Park. “It will create a model for studying how other critical species are responding to climate change by incorporating historical records, current population assessments, observations of disease spread, genetics, and other techniques.”

Giakoumis plans to revisit a 1979 study on sea star abundance, re-surveying sites in Acadia, as well as in Boston Harbor Islands National Recreation Area and Cape Cod National Seashore, to understand population changes over time and track outbreaks of Sea Star Wasting Disease. She will incorporate monitoring protocols of the National Park Service’s Northeast Temperate Network, including photographs and data on other species living with sea stars, providing information on the diversity of the intertidal community, which is essential to document to understand the impact of future climate change.

Giakoumis also sees potential for engaging park visitors and increasing support for marine conservation efforts. “For most people, coastlines are the only marine ecosystem they will ever engage with,” she said. “The intertidal area in Acadia National Park is a popular outdoor destination, giving science communicators the opportunity to stimulate interest in these diverse and ecologically important regions, as well as in invertebrates, a group that is dominant in the intertidal but not often considered a charismatic focus of conservation effort.” Including citizen scientists in long-term survey efforts is one way this might be accomplished.