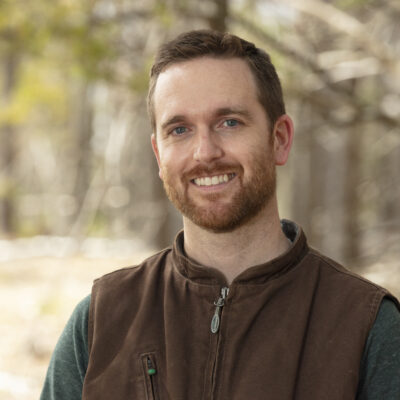 Our future forest may be uncertain in this warming climate, but Wason’s research will provide insight into how these forests will cope with climate change, and how we should prepare for the possible decline of our mature evergreen forests.” - Jesse Wheeler, vegetation biologist with Acadia National Park

Most of Acadia National Park is covered with evergreen forests of red spruce and balsam fir, cold-adapted trees that are expected to lose extensive habitat in Maine as the climate continues to warm. The coast of Maine could also serve as a climate change refugium for spruce-fir forests due to the cool and moist summers, as has happened in the past. Like many other plants in Acadia, spruce and fir are at the southern edge of their range, and so despite the cooling influence of the coast, even small climatic changes could lead to rapid changes in the forest.

How a forest responds to climate change depends on its structure and age. The majority of the spruce-fir forests in Acadia are growing back after being logged in the early twentieth century. And they are becoming older in a warming climate.

Yet scientists and park managers know very little about older coastal spruce-fir forests, which are scarce in Maine, or how these forests change as they age, or how sensitive they are to climate shifts.

What is known about older coastal spruce-fir forests comes from an intensive 1959 study by Ronald Davis, who documented plants, trees, moss, lichens, birds, small mammals, and insects at 14 locations along the coast of Maine. Wason plans to revisit six forests in Acadia studied by Davis and replicate his vegetation surveys to see how the forests have changed as they’ve continued to age over the past sixty years. Wason will relate this information to air and soil temperature and moisture levels to characterize the variability in climate conditions within different forests.

“Our future forest may be uncertain in this warming climate, but Wason’s research will provide insight into how these forests will cope with climate change, and how we should prepare for the decline of our mature evergreen forests,” said Jesse Wheeler, vegetation biologist with Acadia National Park. “We need to know if coastal spruce and fir have a future here at Acadia and if that future looks like isolated pockets or large stands. Acadia’s forest communities may change significantly if stand-replacing disturbances wipe out our spruce forests.”

With all of this information, Wason hopes to provide recommendations to park managers regarding the future health and stability of coastal spruce-fir forests in Acadia.